Some of the Mail Order Patterns were marketed using different pattern pictures and descriptions to catch different audiences.   Sometimes they were also identified under different brand names, or no name at all.   A good example of this is the little girls dress, which was marketed under number 846. 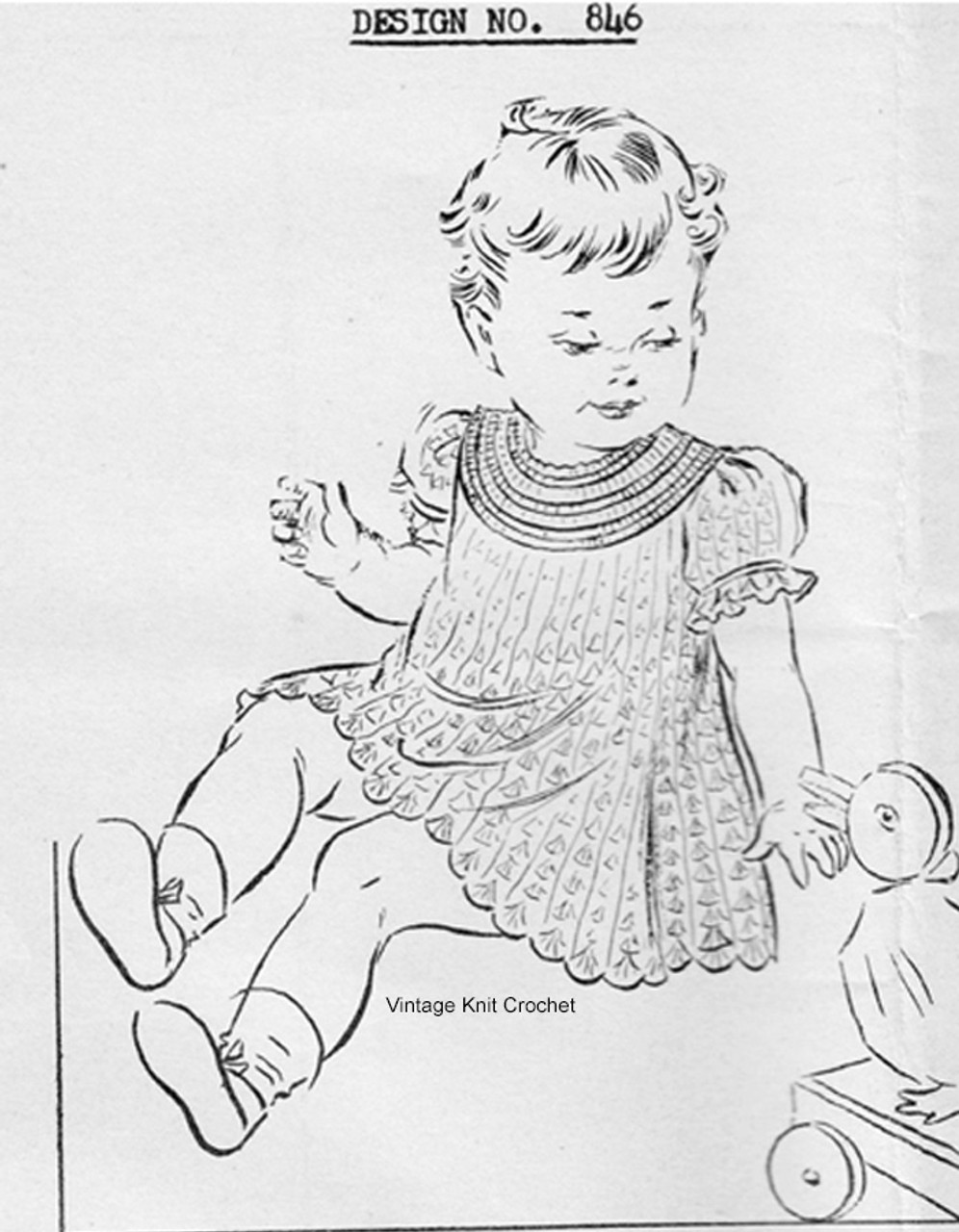 My copy of Mail Order 846 shows this sweet toddler.   I've no doubt this image appeared in newspaper print, however, I've not yet found it.  It portrays the younger child size of the pattern - Age 2. 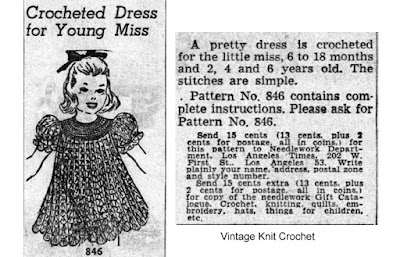 Here, in this February 14, 1948 advertisement from the Los Angeles Times, we find the picture promotion being aimed towards the order girl - Aged 6. 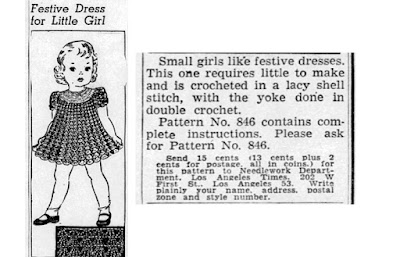 Again in the Los Angeles Times, May 12th, 1948, the photo portrays the mid range size of the pattern - Age 4.   Released again, with same picture in 1950.   February 15th, released in the Chicago Tribune as E-846 - also Needlework Bureau.   The pattern was released in New York in the same date spans - 1948 to 1952 under the name of Ellen Bruce, which was also the Needlework Bureau Brand.

This pattern is available in the shop in the 6 to 18 month size), should you be interested in creating it for your own 'Special Miss".

Okay, on to the next pattern!    Thanks for dropping by!
Lorrie
Lorrie Vintage Knit Crochet at 2:16 PM 2 comments:

I came across a second pattern today calling for Bear Brand (Bucilla) Lanadown Yarn.   As I know nothing of this yarn, thought I'd take a little bit of time to see what I could learn.   Periodically I get asked for substitute information.

Now, this is a bit of an obscure yarn; evidenced by it not being referenced over at Ravelry!  A Google search rendered nothing, but did find a few tidbits in the old newspapers. 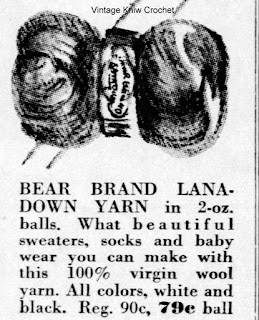 Bear Brand Lanadown Yarn made it's appearance in a limited market early 1948.  As usual, the introduction referenced the product 'on sale'. 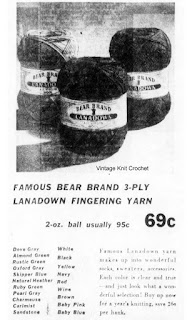 And, after a very short run, the last couple advertisements show it as closeout (discontinued) pricing in early 1953. 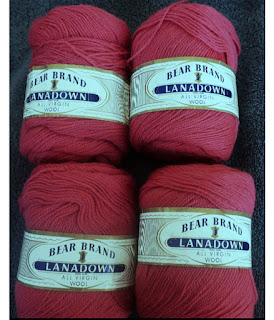 I have only two patterns, at this time, in the shop that call for Lanadown yarn.   They both come from magazines.   I don't know if any of the Bear Brand pattern booklets promoted the yarn, but have many in reserves waiting on me .... who knows!

Thanks for dropping by,
Lorrie
Lorrie Vintage Knit Crochet at 5:45 PM No comments: