Working through the 1952 issue of Modern Needlecraft Magazine, I again came across a pattern which calls for Dritz Luxury Belastraw.   And, as usual, I thought  "one of these days I'm going to have to find out some information on this discontinued products".    Well, perhaps this is the day.

This is the pattern I'm referring to. 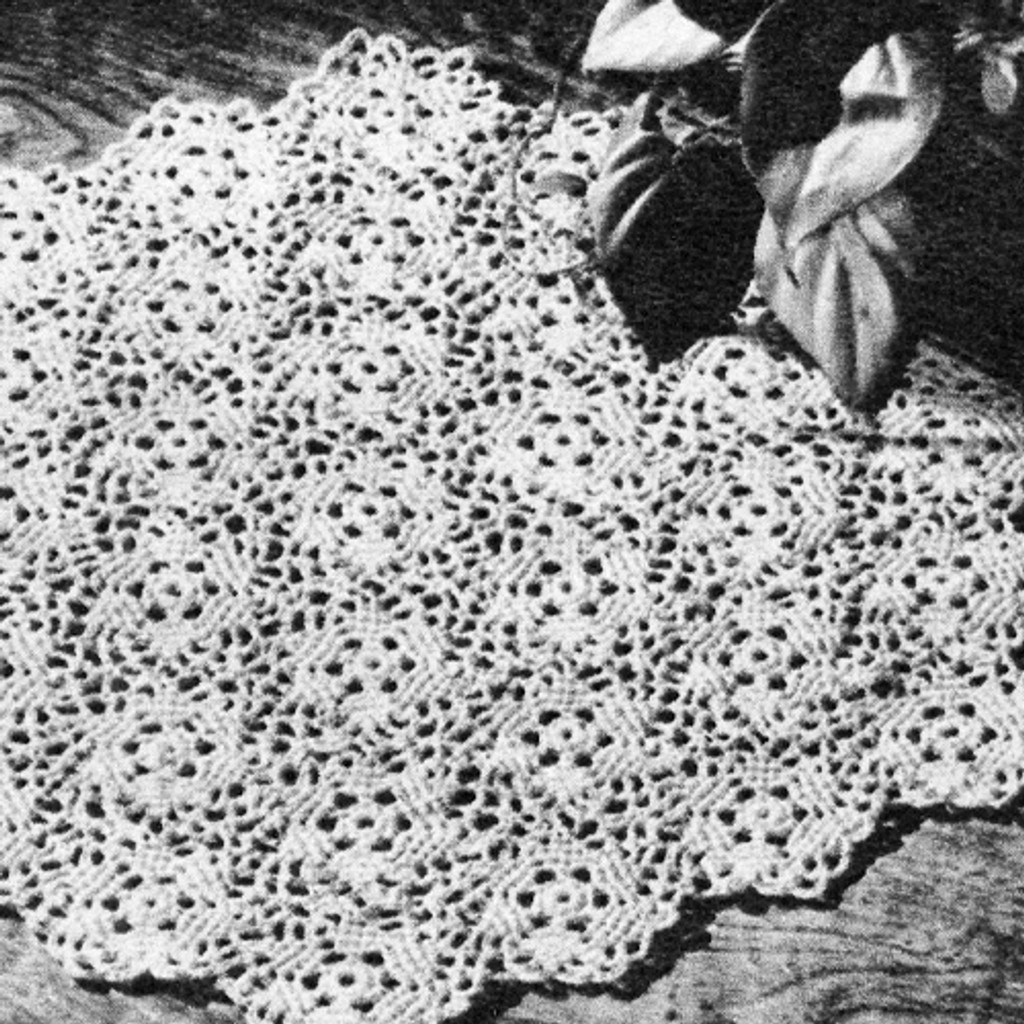 It is a quite lovely Table Mat that is crocheted in 3/4 inch medallions that will form a finished piece that is 20 inches square.    It calls for an obsolete thread that was called Dritz Luxury Belastraw.   Most of the patterns in magazines also appeared in pattern books and I'm making a guess this one would have appeared in Table Mats & Doilies of Dritz Belastraw - Vol 23 from 1951 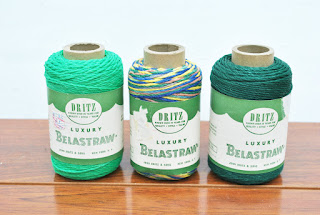 (Picture used with permission from Cheryl12108)

Now, there are quite a number of these discontinued yarns from the late 1940's and early 1950's.  Why so many, well let's attribute part of that to World War II.  During the war there was a shortage of cotton, as majority of the product was designated to uniforms and other material supplies.  A fair amount of alternative materials were substituted.

Dritz Belastraw was a 100% Viscose Process Rayon thread, 5 ply, that was distributed by John Dritz & Sons (now Prym-Dritz Corp).   The thread is reported to be a bit like a soft nylon straw and was fashioned for making of bags and hats.  It's was a strong thread that was worked tightly.  The fibers were prone to stretching when wet, and dry cleaning was sometimes recommended in the pattern books.  There was also a sparkle option. 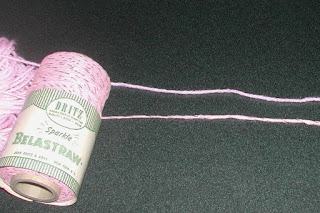 Now, back to the pattern.  In looking at it, I'd say it's an easy medallion design that would be quite delightful in a number of heavier threads.    I've listed it in the shop as a Free Download, should you be interested in giving it a try.   (If so, I'd really appreciate your reporting back as to which threads you used !).

Okay, back to work.
Thanks for dropping by,
Lorrie Vintage Knit Crochet at 9:32 AM

Email ThisBlogThis!Share to TwitterShare to FacebookShare to Pinterest
Labels: Dritz