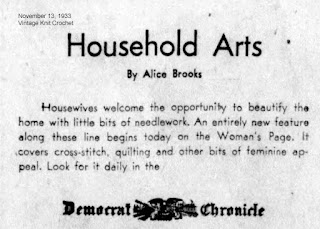 The syndicated series was first published in Rochester, New York and slowly spread over the next 13 years to appear in most major newspapers around the United States.    Pattern advertisements appeared several times a week.

I was not, however, until summer of 1944, that catalog offers began appearing at the bottom of every pattern advertisement.   The concept here being, when you ordered the pattern, you would send an extra amount to receive the catalog.   As an added promotion, each catalog typically featured several free patterns as well. 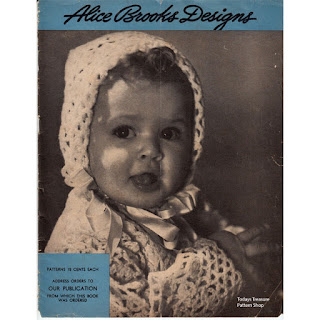 The first issue (as dated by some newspaper ads) was 1945. This is the catalog offered from summer of 1944 on, and remained the only catalog until November of 1945, when the 1946 issue was released. 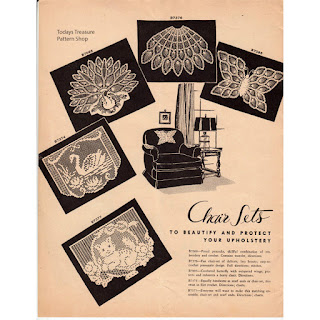 The catalogs were filled with many of 'the most popular' patterns of the previous time period, along with a brief description.   One could select the desired patterns, and then send their order to their local newspaper who ran the daily ads.

A catalog was issued for each consecutive year until 1965.   (There may be more catalogs issued under the name of Needlecraft Services after this date.   I've not yet delved in that time period).

I collect these books and, once scanned and photo processed, place them in Facebook albums for your general viewing pleasure and reference points.  The catalogs are great fun, giving us a snapshot of fashions for the time. The catalogs currently available are :

I have a couple more that I'll be adding soon.   AND, should you have any of these catalogs that you are willing to share online, I'd love to hear from you.

Thanks for dropping by,
Lorrie Vintage Knit Crochet at 6:23 PM