The American Weekly was a weekly magazine insertion to the Sunday newspapers from the late 1896 until 1966.   The paper (from my recall as a young girl) was perhaps in the 16 x 22 size range, fold over design, with a glossy cover and a variety of rather meaningless (my opinion) articles, along with, of course, the prized Womens' Sections. 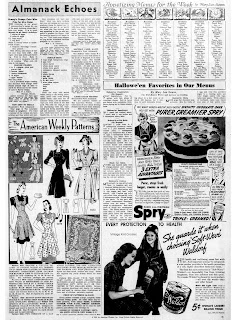 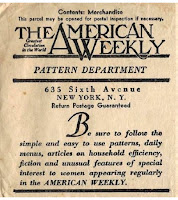 And, just like the other mail order services, the reader sent a note with the pattern number and payment and a couple weeks later the pattern arrived in the mail. 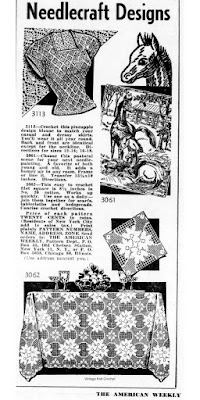 The pattern service started in 1936.  The first couple years, the offerings were sewing patterns only.  Then, in 1938, the patterns began expanding into the usual sewing, crochet, knitting and embroidery. 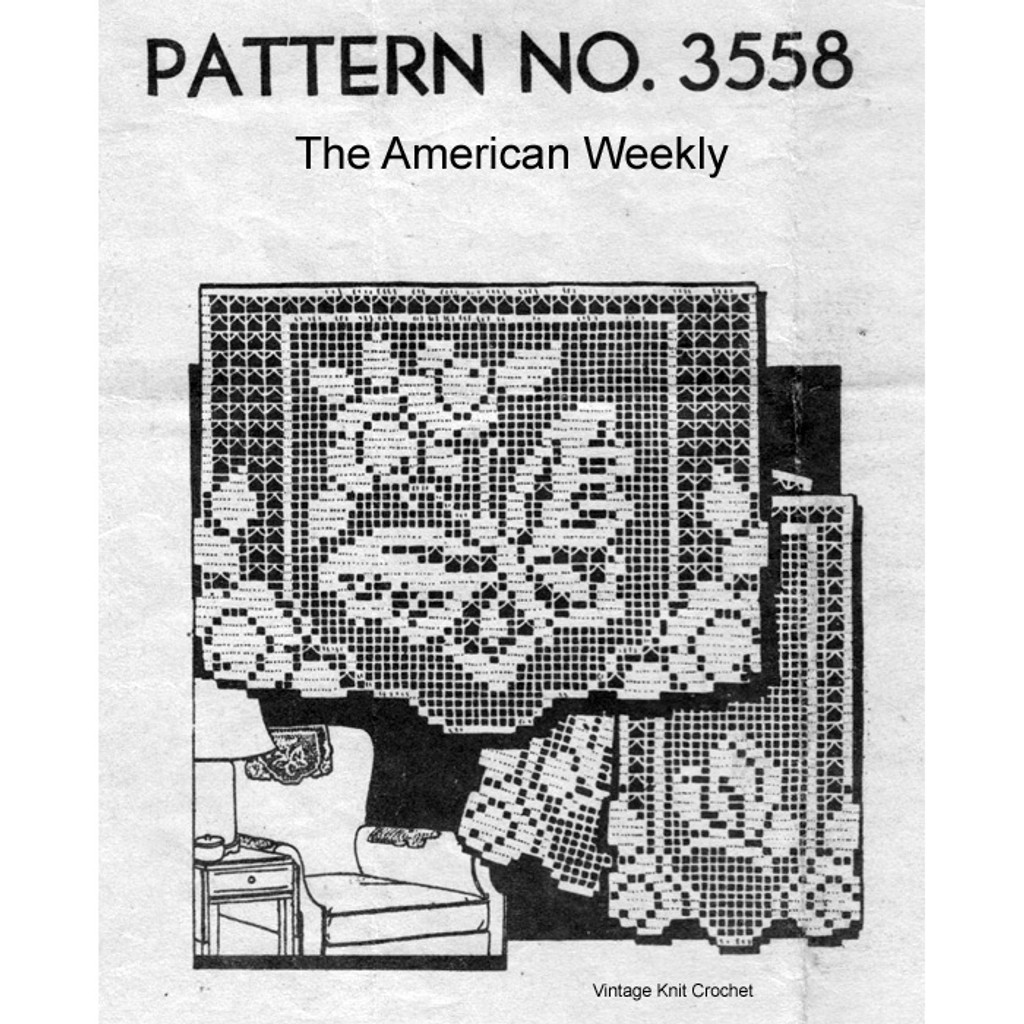 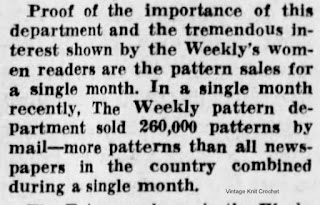 There are very few newspaper references on The American Weekly papers.   The paper was published on very thin paper, which did not stand-up to time - i.e., being scanned into archives.  (What a real loss!).  There are a few references out there in Internet land as there were a couple newspapers - for example Cincinnati OH, that printed the Womens section in their newspaper page, not as a separate circular.

The American Weekly Publication was discontinued in 1966.

If you'd care to look, I have a number of these patterns in the shop (and more waiting to be entered).  If you happen to know more information about The American Weekly Patterns, I'd appreciate your sharing!

Thanks for dropping by.
Lorrie Vintage Knit Crochet at 8:10 AM