Lux Detergent Flakes first appeared in the market in 1925 -- a product of Unilever. Actually, the product goes back to 1899, when it was called Sunlight Flakes. The mild detergent became quite popular worldwide. It had a great consumer recognition from the Lux Brand Bathing Soap, that, with time, gained a worldwide market. 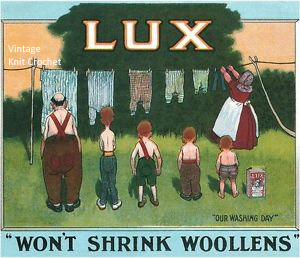 Lux was a frequent advertiser in newspapers and magazines. At times, they branched into the needlework arts arena and placed 'promotional' material in pattern booklets as well. 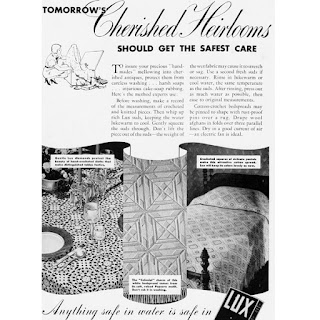 Here, Lux gives directions not only on the use of their product in hand washing of knit or crocheted items, but continued on to include starching and stretching as well.   This ad appeared in ..... 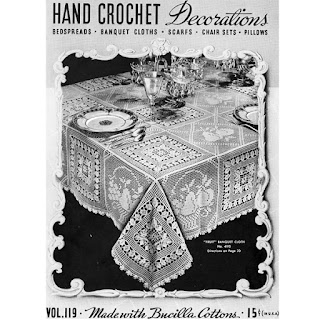 Bernhard Ulman Volume 119 - Hand Crochet Decorations.  (This pattern book is reviewed in a blog post at Todays Treasure Pattern Shop, should you be interested).
Lux advertised in many of the women's interest magazines and newspapers as well. 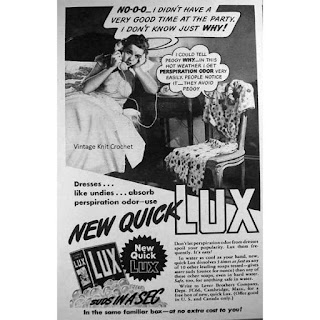 In this 1940 delight, we are reminded that Lux will take care of our odor issues. 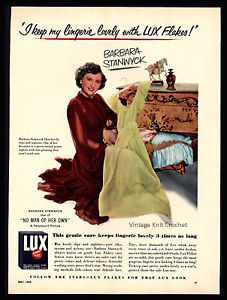 And here in this 1951 advertisement, Barbara Stanwyck alerts us that Lux is an excellent choice for lingerie.   With the popularity of movies, stars became popular in the advertising medium. 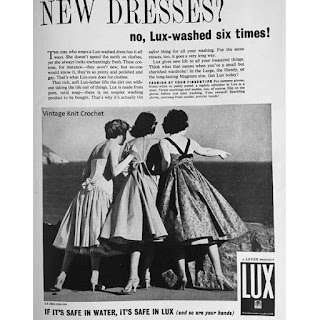 And here, in this 1957 gem, we are shown that Lux keeps our garments looking great wash after wash.
I know I've seen other Lux promotion in a couple of the other pattern booklets.   One of these days I'll have to take another glance through and see what other goodies I might find.
Okay ... back to work.   Thanks for dropping by.
Lorrie Vintage Knit Crochet at 7:28 AM