In 1954, Bernat added to their product line with their Cuddlespun 50/50 yarn. 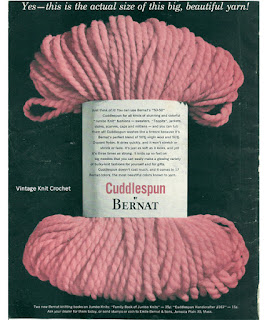 Just think of it, you can use Bernat 50/50 Cuddlespun for all kinds of stunning and colorful "Jumbo Knit" fashions .... washes up quickly ... dries like a breeze and it won't stretch, shrink or fade.  It's just as soft as it looks and and yet it's three times as strong. 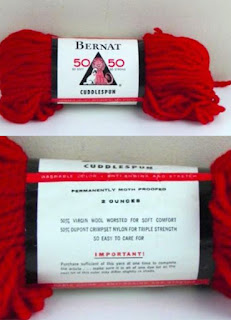 Individual stores selling the Cuddlespun yarn advertised frequently through the mid-1960's, as one would expect in the start of the big needle and bulky sweater phase. 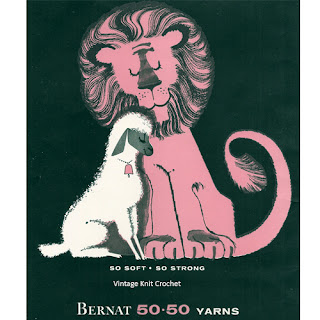 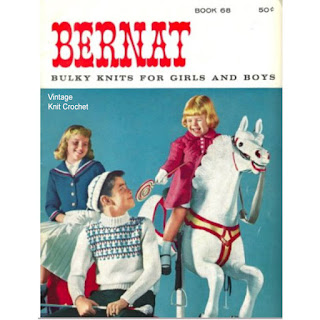 Bernat - Bulky Knits for Girls and Boys, Book No 68 was issued as the primary promotion.   The yarn also appeared in other Bernat pattern books and magazine publications into the 1960's.

In the 1970's, the yarn fizzled out and was discontinued.    I'm sure I'll find other ads and information as I go through materials and will come back and update this post should there be anything interesting.

And, do I have patterns that call for this yarn?   Of course I do have quite a few in the shop.

Thanks for dropping by,
Lorrie Vintage Knit Crochet at 5:19 PM