Spinning Wheel was another syndicated player in the Mail Order Pattern business.   They were on a much smaller scale, selling (at least) through the Chicago Tribune Newspaper during the 1950's and early 1960's.   Their patterns were rebranded Anne Cabot designs.   As was typical in the mail order businesses, they did not print the their brand name on the patterns, but used a symbol --- A Spinning Wheel.  Just like the other designers, when one purchased a pattern, they could also purchase a catalog.    Their catalogs were much smaller and also contained a pattern.   This is one of their catalogs, which I'd like to share with you. 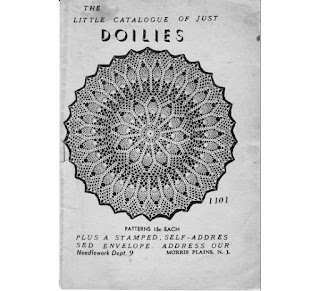 The Little Catalog of Just Doilies
On the cover is Pattern 1101 - Gem Doily.   This pattern was included in the booklet. 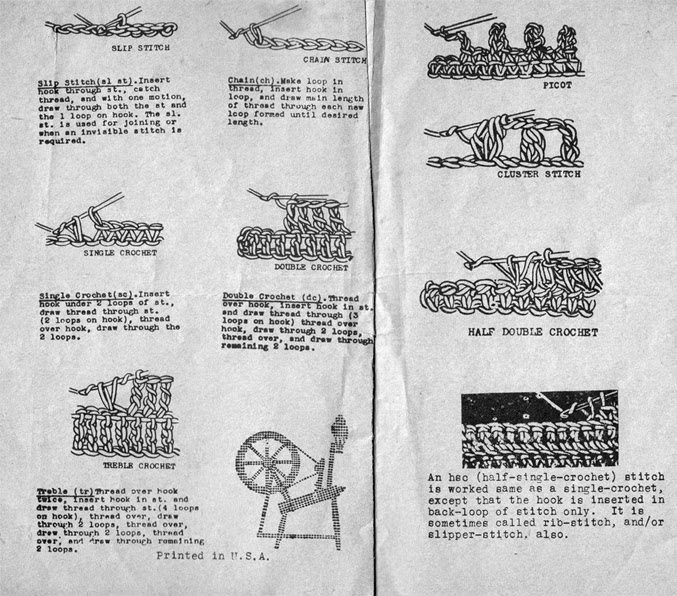 And, on the inside cover, the typical diagrams of pattern stitches.   Also here is the Spinning Wheel Logo. 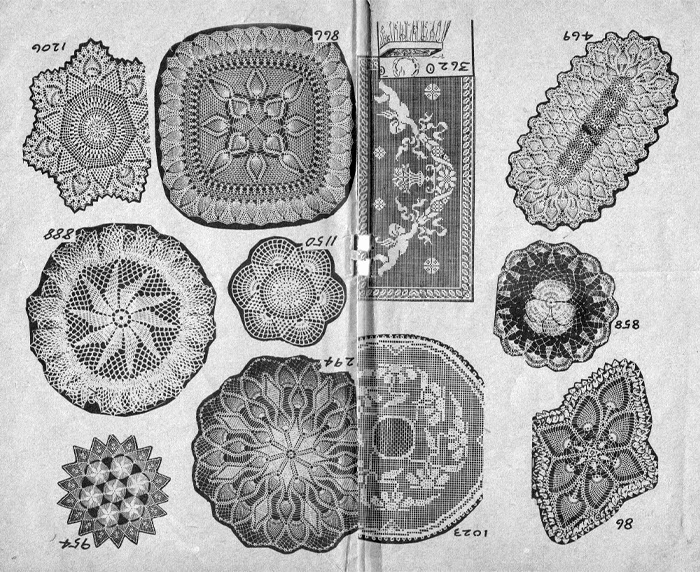 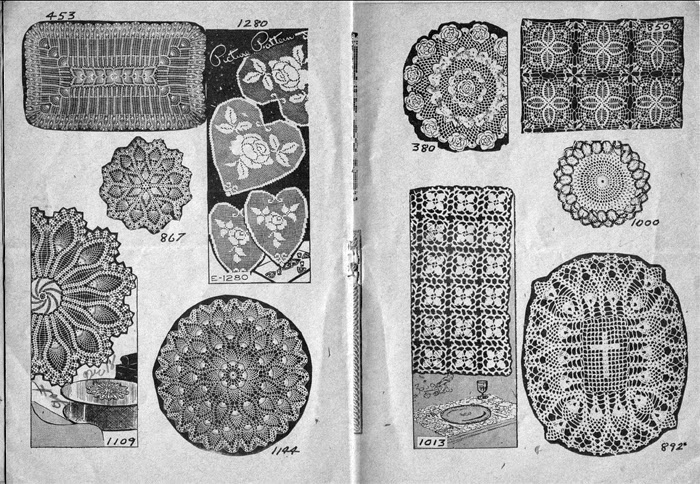 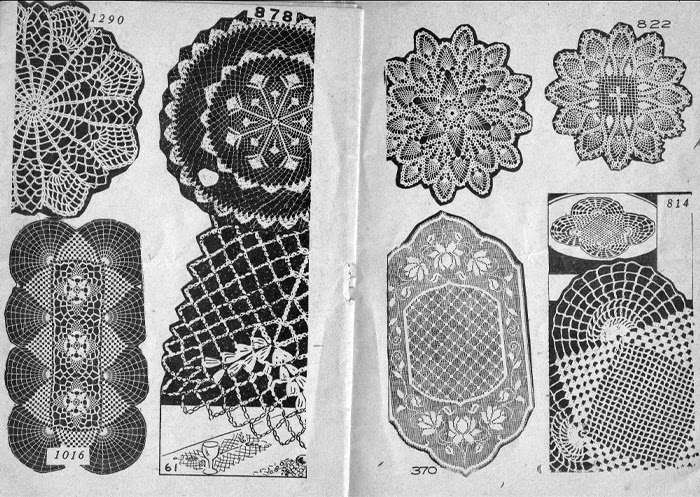 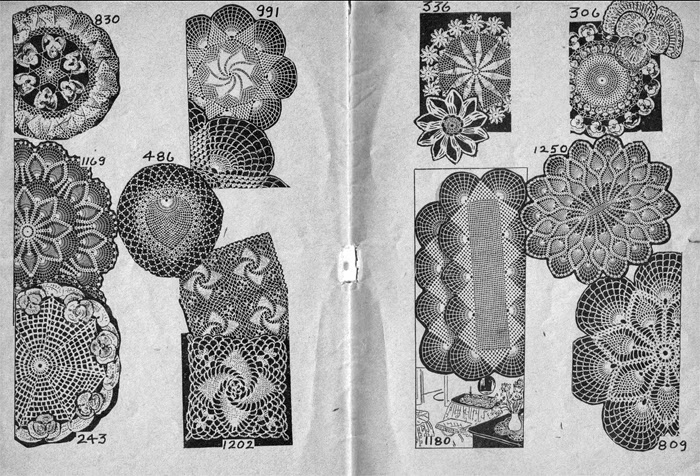 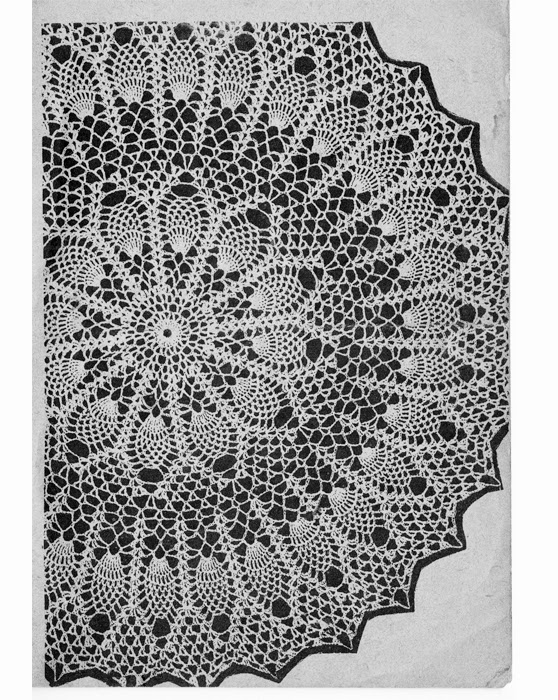 ,
And, on the back cover, an enlarged view of the Pineapple Doily, Pattern 1101.

I've seen these Spinning Wheel patterns, and know there are a number of them in my collection.   I just learned, for a helpful member of Ravelry, what name the Logo applied.   One day, should I ever run out of patterns to process (ya right), I'll have to go back through them and identify the others that are Spinning Wheel.

Hope you enjoyed the Little Book of Just Doilies.