I recently came across a packet of old 1940s pattern that were issued by The National Needlecraft Bureau. This lot is mostly craft related, and quite fun.  Such as ....

I took up a search to see what I could learn about National Needlecraft Bureau.   Their patterns were largely mail ordered through newspapers, however, seem independent of the other mail order firms (such as Needlecraft Services).  I find tracks of their activity between the early 1940s to the late 1960s.  An old newspaper article indicated they, in support of the poor economic times (WWII) were putting out a number of craft patterns to be made as childrens presents.

National Needlecraft in the 1940s and 1950s also were active in the various state fairs, hosting a number of crocheting and sewing competitions.   I have a feeling that many of the award winners at the state fairs may have been the pattern source.  Although, I do not have any facts that specifically state that.

Crafts were not the only patterns.   I have several other that are of the home decor category. And in old newspaper archives I have found quite a few references to clothing and accessory sewing and crochet patterns. 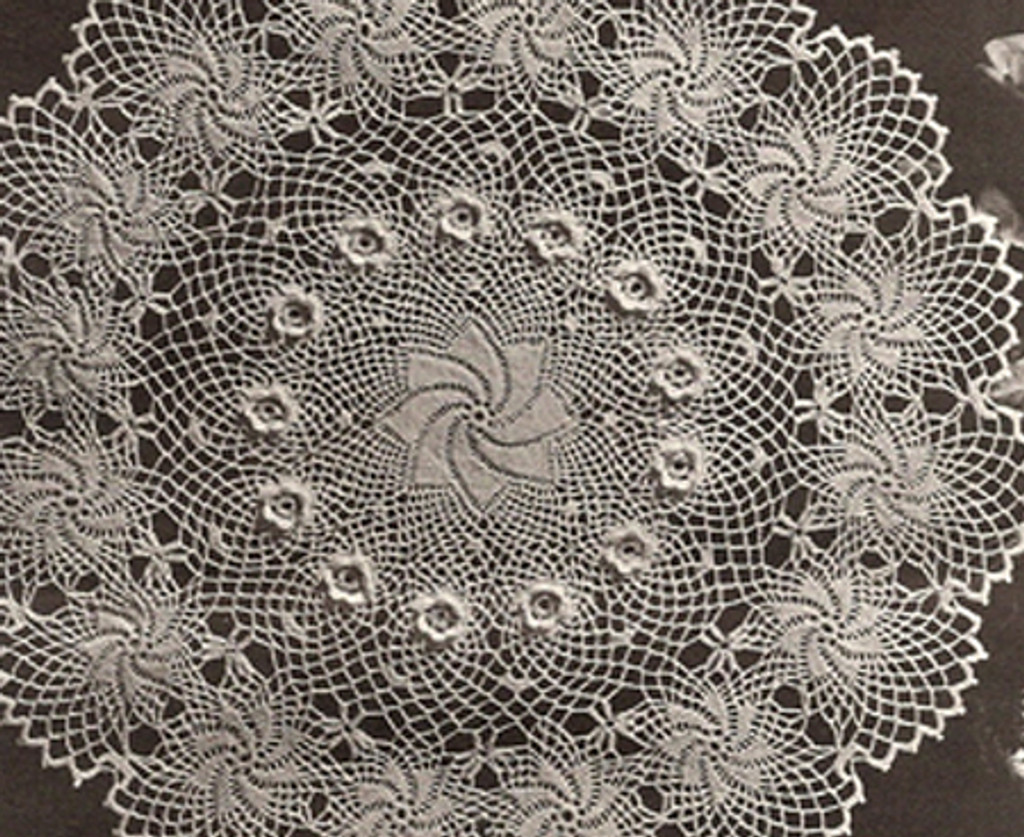 But the information I could find ends there.  Was National Needlecraft Bureau actually an organization formed to promote the arts during the war era, and continued on?   Their involvement imply far more than a mail order pattern operation, if they were .     There are trails to two different address in New York, but as far as who started it, how did it end, who were the people involved, etc, I've hit a dead end.

My collection of the National Needlecraft patterns can be seen in my shop, should you care to visit.

If you know any of the details regarding The National Needlecraft Bureau ..... please share !

Footnote- 10/29/17:   This post was originally issued on my Shop Talk Blog in February 2011.   Since then, well, I've received zero feedback or information about National Needlecraft.   Bummer!   So, in the next month (or so), I'm going to restart the investigation.

Thanks for dropping by
Lorrie
Lorrie Vintage Knit Crochet at 8:13 AM