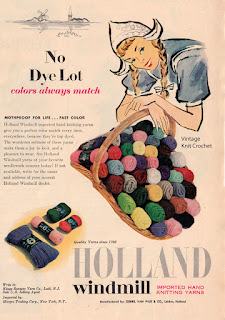 Now, I've processed a lot of patterns and had no recall of Holland Windmill in material listings. 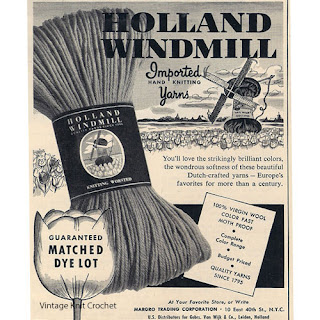 I did discover, however, that I'd collected other advertisement for this company -- this one from 1952.  Actually, I have several renditions of this same ad dating between 1953 to 1957.  The only business difference is this ad shows Margo Trading as the importer, earlier ads showed Wool Trading Inc.

Now Holland Windmill Yarn was the product of Gebroeders, Van Wuk & Co of Leiden, Holland (you'll have to hit translate to read the Wikipedia).   This is speculation on my part, but I'd suggest this product was marketed in the States between 1952 and 1957.   A couple of the ads indicate there are free instructions, however, a search of internet-land renders nothing.  There are also no traces of the yarn itself on Ebay, or a single mention over at Ravelry. 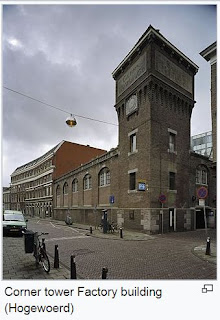 I have quite a number of magazines that I've not been through, so, should I find any additional information, I'll come back and add to this post.

Lorrie Vintage Knit Crochet at 11:16 AM